As construction funding in India has become scarcer, housing developers have been looking more closely at new, alternative funding sources.

Bank lending in India has been more cautious for over a decade, since the Global Financial Crisis started in 2008. But non-banking finance companies (NBFCs) and housing finance firms (HFCs) – two major sources of construction finance for developers – have recently followed suit, drying up a go-to route for many developers.

Lending to real estate developers by NBFCs and HFCs has nearly halved since September 2018 - to around US$4.5 billion (INR 27,000 crore) in a year – due to the liquidity crisis triggered by a default at lending giant Infrastructure Leasing & Financial Services (IL&FS), according to JLL research.

“NBFC and HFC funding was normal during April to September 2018. But, while lending in the period between October and March is usually at a peak, we saw it slow down substantially,” says Ramesh Nair, CEO & Country Head – India, JLL.

Cities across India now have projects running behind, with some projects instead launching in stages.

Tighter lending norms and the current slump have made developers look at alternate funding sources, says Nair. “Developers are now looking at private equity, joint ventures or mergers with other more cash-rich developers. These are the only options available to them.”

Private equity investment into Indian real estate has been on a rise since 2017, Institutional investments have more than tripled to US$21 billion (INR 1,400 billion) between 2014 and 2018, compared to around US$7 billion (INR 465 billion) from 2009 to 2013, according the JLL Research

In September 2018, IL&FS, a core investment company with institutional shareholders across the world, defaulted on its US$13.67 billion of debt, of which US$8 billion was owed to public sector banks.  The knock-on effect triggered a series of defaults, exposing hundreds of investors, banks and mutual funds associated with IL&FS.

Other firms, including Dewan Housing Finance Corporation Ltd. (DHFL), Indiabulls Housing Finance Ltd defaulted on their loans like IL&FS to various banks and institutions, further added to the pain of developers.

To aid the country’s real estate sector, the Indian Government has dedicated a US$3 billion stress fund to the sector. Most of the proposed fund will be utilised to help complete unfinished projects.

And, in a bid to mitigate the lending crisis, the Indian Government has been implementing measures in support of the country’s banking and financial system.

In a recent move, it merged several state-run banks into a single entity. Under the merger, non-performing banks have been merged with banks with stable accounts and lesser NPAs.

Additionally, in a recent move, the Reserve Bank of India (RBI) is looking into the structuring of loan rates of NBFCs/HFCs in order to bring clarity in the markets over lending by these companies. In its first Union Budget FY2019-20, the Indian Government brought HFCs under the regulation of RBI.

“The cautious approach adopted by lending institutions including the banks will benefit the real estate sector in the medium to long term. In such a scenario, active funds are looking at developer acquisition or land banking opportunities or buying stakes in companies focused on housing finance. Targeted, focussed funding is the need of the hour to revive the housing sector in the country,” adds Nair.

But there are challenges in raising funds from investor groups too. “Raising capital from foreign investors comes at a cost. With high interest rates, foreign capital remains costly. With the slow pace of sales, the market recovery may take some time,” adds Nair.

How are companies moving the needle on sustainability reporting?

Will California’s solar panel requirements pave the way for other states? 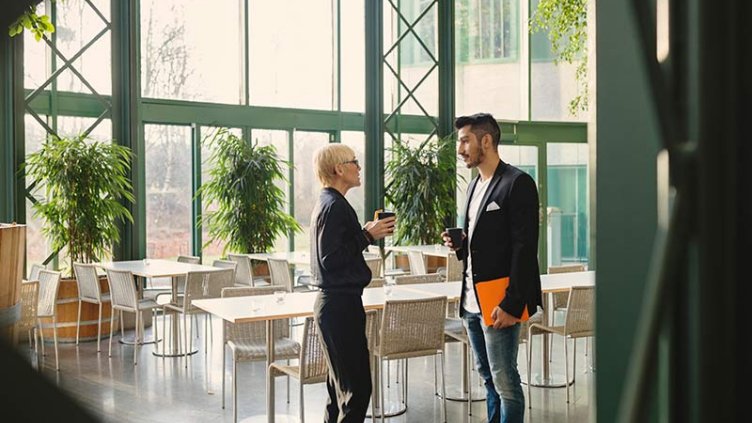 5 ways companies are helping employees return to the office